98 Percent Winning Trades is among those shit-show of fraud and faked trades. The owner was a registered investment adviser that was kicked out by Ameriprise Financial for talking elderly people into investing their life savings into worthless penny stocks. A long history of regulatory fines, sanctions, and working at shady investment companies.

This latest financial endeavor was spawned by the grand overlord of financial hucksterism himself…Timothy Sykes. Avoid.

Pros: Absolutely nothing to recommend.
Cons: A trading service being offered by a certified financial fraudster.

Thanks for reading today’s review of 98 Percent Winners

98 Percent Winners is a stock picking service that operates via text message and private Twitter feed. The cost of the service is as follows:

The website started in late 2014. Throughout 2015 and 2016, tradingschools.pro has received 19 inquiries pertaining to the company. About half of the inquiries were a general request to review. The other half were complaints from paying subscribers.

The company claims a money back guarantee to any subscriber that is not happy with the results of the service.

This is certainly a nice, and official-looking certificate. Unfortunately, none of the individuals that contacted tradingschools.pro were able to actually receive a refund.

98 Percent Winners is certainly making some outrageous claims regarding trading performance. In fact, the company claims that all trades are real, authentic, and have been tracked since 2014 by Timothy Sykes at Profit.ly. In the past couple of years, tradingschools.pro has written extensively about Timothy Sykes and how average investors have been ripped off by trusting his reporting service.

From 2016, 98 Percent Winners began posting trading results directly on their website. And it’s a real humdinger of supposedly 100% verifiable trading that resulted in another $731,000 in trading profits.

If you are up for a bit of humor at the audaciousness of this track record, then I recommend that viewers take a look at just the 2016 results. It is simply amazing.

One of the first things that I look for are disclosures that detail whether the trades are real or hypothetical. If no hypothetical disclosure is included, then it is the position of the SEC that the track record is real. This is an important distinction because if the SEC were to look at this website, and all of the trades are not actually real…then a heavy fine and a civil injunction are highly likely. 98 Percent Winners has no performance disclosures whatsoever.

Who is running this company?

Normally, when I look at a website like 98 Percent Winners, I just chuckle and move on to the next name on my list of possible reviews. I mean really, whom would be so naive to believe such a track record? However, after speaking to several of the victims, I discovered that the truth about whom was running this company is actually quite interesting. My initial suspicion was the company was being offered by a high school kid looking to make a few bucks with a petty hustle. However, I was completely wrong.

It turns out that the 98 Percent Winners is actually owned and registered to a person named Douglas Cmelik. The website also contains the official address listed as 805 O Street, Suite 122, Lincoln Nebraska. A search of this address reveals that the location is actually Ameriprise Financial. In fact, Douglas Cmelik even had the audacity to list the official phone number of 98 Percent Winners as the same number as Ameriprise Financial. Many of you are probably not aware, but Ameriprise Financial is a large and well-respected company. I found it quite shocking that Douglas would actually use the same address and phone number.

It turns out that dirty Doug Cmelik is a pretty shady character. A search of Finra revealed that Doug has actually been a registered financial advisor since 1997. This turd blossom of a financial advisor has been out peddling all sorts of shady investment advice for a very long time. Let’s take a closer look at some of his many fines and sanctions that have been levied by Finra.

Can you imagine this guy, sitting in a plush and respectable Ameriprise Financial office giving your mother advice on which penny stocks to invest? Sitting in his comfy chair, with his starched shirt and tie, and trusty looking smile…out to fleece the naive and simple. Truly, the wolf was guarding the henhouse. 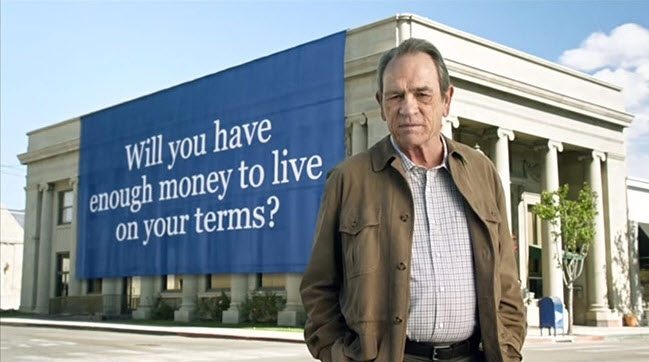 Invest with Doug Cmelik, and you will enjoy your retirement eating only cat food.

Of course, Ameriprise Financial eventually caught onto Dirty Doug’s scheme and fired this pathetic moron. But not before Doug convinced 65 of Ameriprise clients into investing into worthless penny stocks. So what does Dirty Doug do next? Get a job at a company named NDX Trading. And what happens next is entirely predictable…the company turns out to be a scam, and is forcibly shuttered by the SEC. Apparently, they were fleecing yet more elderly investors and were fined $5.5 million dollars.

After the NDX Trading fiasco, what does our financial turd-master do next? What the heck, he makes up a fraudulent website touting 98 Percent Winners! This guy is a real winner.

Thanks for reading. I wasn’t going to write about this moron. But the more digging on Douglas Cmelik, the more crap that turned up. And I doubt this guy is going away anytime soon. Given his sophistication at fraud, it is really only a matter of time before more innocent people are scammed.