A lifelong hustler and connoisseur of everything.

Following a long and sordid career of selling fake investments at several boiler rooms, and running afoul of different regulatory agencies, Scott Wolfe ditched his actual name and took on the title of’Mohan’, a brand new era financial guru. For the last 16 decades, he’s been touting all mode of day trading crap, magic trading signals, and promises of enormous profits.

A reputation so dreadful and sullen that the paragon of virtue called the Ninja Trader Ecosystem couldn’t bear his existence.

Agree to have gained historical financial wisdom in the 130-year-old religious mysterious whilst drifting through a magic forest in India. Pure crap out of a lifelong con artist. 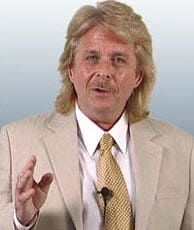 The organizations are offering the following products and solutions:The company is owned by a individual which goes by the title, Mohan Das. However, this isn’t his actual name. His actual name is Scott Wolfe.

Who is Scott Wolf? Also known as ‘Mohan Das’

A review of various regulatory websites revealed the following:

The Cease and Desist Order was for selling a fraudulent limited partnership investment in a company named Interlink Fiber Optic Partners Limited. The owner of Interlink Fiber Optic Partners Limited was sent to Federal Prison for defrauding investors out of $12 million dollars. These investments were typically sold in boiler rooms and Scott Wolfe appears to be one of the salespersons involved in the scheme.

Scott Wolfe aka ‘Mohan Das’ was also charged by the National Futures Association (NFA) with a slew of various complaints regarding his supposed trading performance.

Apparently, he had been utilizing hypothetical trading results in a deceptive way with the objective of raising money from investors to his trading system. The NFA registered a complaint and Scott Wolfe approved a settlement deal where he retreated from NFA membership and consented to leave the foreign exchange business for a minimum interval of a decade.

After Scott Wolfe was bounced out of the NFA, and the subsequent stain of selling various shady investments, it appears that Scott Wolfe decided to ditch his birth name altogether…and take on the name of ‘Mohan’. What in the hell is a Mohan? Well, after a good deal of research and investigation, it appears that Mohan made his debut to the financial community in 1999.

Apparently, many years ago, while Scott was making a spiritual journey deep into the jungles of Orissa, India, he came across a very old Indian holy man. This Indian holy man was 130 years old, and a master in the mystical and ancient art of Vedic wisdom. This holy man became enchanted with Scott. And they formed a spiritual and mystical connection that transcended time and space. This 130-year-old, Indian holy man was so enchanted with Scott’s chakra that he bestowed upon Scott the new name of ‘Mohan’. Which is interpreted as “mysterious and enchanting.”

After returning from the wild jungles of India, and avoiding quite a few bloodthirsty tigers, Mohan decided to apply his Vedic wisdom to the financial markets. Which of course quickly returned a 400% annual return.

Heeding the call of the 130-year-old Indian mystic, Mohan decided to bestow a generous gift to humanity. He would reveal the ancient Vedic wisdom in the form of trading indicators that could be purchased for several thousands of dollars.

What exactly is Mohan selling?

At the core, Scott Wolfe aka Mohan is selling an indicator package at $1,195. And Scott is making some wonderful claims about his trading indicators. The following are some of those claims:

Reaching out to Mohan

tradingschools.pro reached out to Scott Wolfe during the months of November and December in an attempt to verify the amazing performance claims of 90% winners, claims that Mohan is a professional day trader and authentication that most users of the software are earning $200k to $400k per year.

All emails that were sent from the tradingschools.pro email address were ignored. All emails contain tracking links, so we could watch in real time as Mohan nervously opened the emails and promptly deleted.

However, the emails that were sent from anonymous email addresses were promptly answered. I call these the “sheep” emails. This is where I contact the vendor and act like a complete newbie looking to learn the secrets of day trading. The Mohan was only too happy to help me learn his mystical trading secrets. I just needed to purchase the magic indicators, which of course are guaranteed to produce 90% winners.

The sheep emails are always fun because once the trading vendor thinks he is close to getting the sale, I will counter with ‘just one more thing’. My ‘just one more thing’ is the last step in the journey. This is the part where I ask for some sort of proof that the vendor can trade profitably. And predictably, with the Mohan, he can provide absolutely no proof that he even has a trading account. However, he was more than willing to send me a shit-load of customer testimonials that verify the amazing profits that I am about to achieve. A total joke.

In the past couple of years, I have been extremely critical of Ninja Trader. Specifically, the Ninja Trader Ecosystem which has provided a platform in which many trading scams have been launched. However, it appears that after promoting Scott ‘Mohan’ Wolfe for a number of years, they had finally had enough with the complaints and decided to scrub him from the list of approved educators.

In the past year, tradingschools.pro has had a series of constructive conversations with the ownership of NinjaTrader in regards to the Ninja Trader Education Ecosystem. They revealed a series of safeguards and additional protocols to reduce the amount of fraud and misrepresentation. Definitely a move in the right direction. And they deserve some credit for this.

I wanted to wrap this review up with a big thanks to various readers that contacted tradingschools.pro directly and helped put together a clear picture of Scott ‘Mohan’ Wolfe. Without the help of the community, this review would not have been possible. The truth is that Scott ‘Mohan’ Wolfe has been hustling people for nearly his entire life. The two websites mentioned in this review are just the active websites the Scott has been recently using to hustle his magic trading indicators. There are several other ‘Mohan’ websites that are now defunct, and which several readers complained of losing thousands of dollars. Some of Scott’s prior scams include MohansMarketForce.com, 21stCenturyFutures.com, and Mohan’s Scalp Trader.

As always, thanks for reading. And don’t forget to leave a comment below.