FxGroundworks is a brute force, data mining software program that’s intended to speed and position Fibonacci”Harmonic” patterns across plenty of financial products. At $349 a month, the sign service comprises a”trading coach”, to assist the consumer understand that the interpretation of Fibonacci”Harmonic” patterns. Even though the programmer looks like a wonderful person, the cold hard reality is that no one in the business may generate a verifiable history of generating profits. The”trading coach” isn’t a mentor, instead a program salesperson.

Thanks for reading today’s review about FxGroundworks

FxGroundworks is a brute force, optimization engine that specifically searches for “Harmonic” patterns using Fibonacci analysis. The Fibonacci patterns are delivered to the end user through a daily live analysis that begins at 8 am EST. The programmer claims that these patterns can predict where financial markets will eventually move.

The service costs $349 per month. Included with the pattern signal service is a trading mentor that is assigned to shepherd a person through the learning process of understanding Fibonacci Harmonic patterns.  In my opinion, the term Trading Mentor is being used fast and loose.  Traditionally a Trading Mentor would be a person that is actually trading, and the performance of the mentor can be quantified and measured. The FxGroundwords trading mentor is really nothing more than a software salesman that is well versed in the esoteric and abstract world of Fibonacci phenomenon.  In short, the “Trading Mentor” has the job of convincing you that the software actually works.

Let me begin by saying that the FxGroundworks pattern service is extraordinary difficult to assign value and write an effective review.  Why?  There is no out-of-sample track record of the patterns that are included with the trading service.  There is also no verifiable track record of the assigned trading mentor.  TradingSchools.org asked, but neither could be supplied.  As a reviewer of trading products, my first instinct is to ask the developer for some sort of verification that he/she has been able to generate consistent profits using the software.  Unfortunately this was impossible because the developer is more focused on the marketing and the technology that is being offered.  Not bad, nor good.

Thus, is it fair to simply give the FxGroundworks pattern recognition product a terrible rating? No.  In speaking with users and the programmers, it is my sense that the developer is trying his best to deliver the best possible product.

The road to failure is paved with good intentions

Is the product worthwhile?  Does it deliver consistent profits beyond a random outcome?  Without an official, out-of-sample track record of the signals that are generated by the software, how can we evaluate? Without an actual person, using the software and generating verifiable profits, how could anyone enthusiastically risk money on something that is unproven, esoteric, and ambiguous.  The individuals running the business are certainly nice people, and they certainly have the best of intentions.  Be we all know that “the road to failure is paved with good intentions.”

What are Fibonacci Harmonic patterns?

Fibonacci patterns are interesting.  They are a natural occurrence that appears in our daily physical world.  Without spending a great deal of time writing about Fibonacci, readers might want to spend a moment reading an article from the MrStockBoto.com blog.  He does a much better job at explaining Fibonacci that I ever will.  The following are a few examples of these “harmonic” Fibonacci patterns: 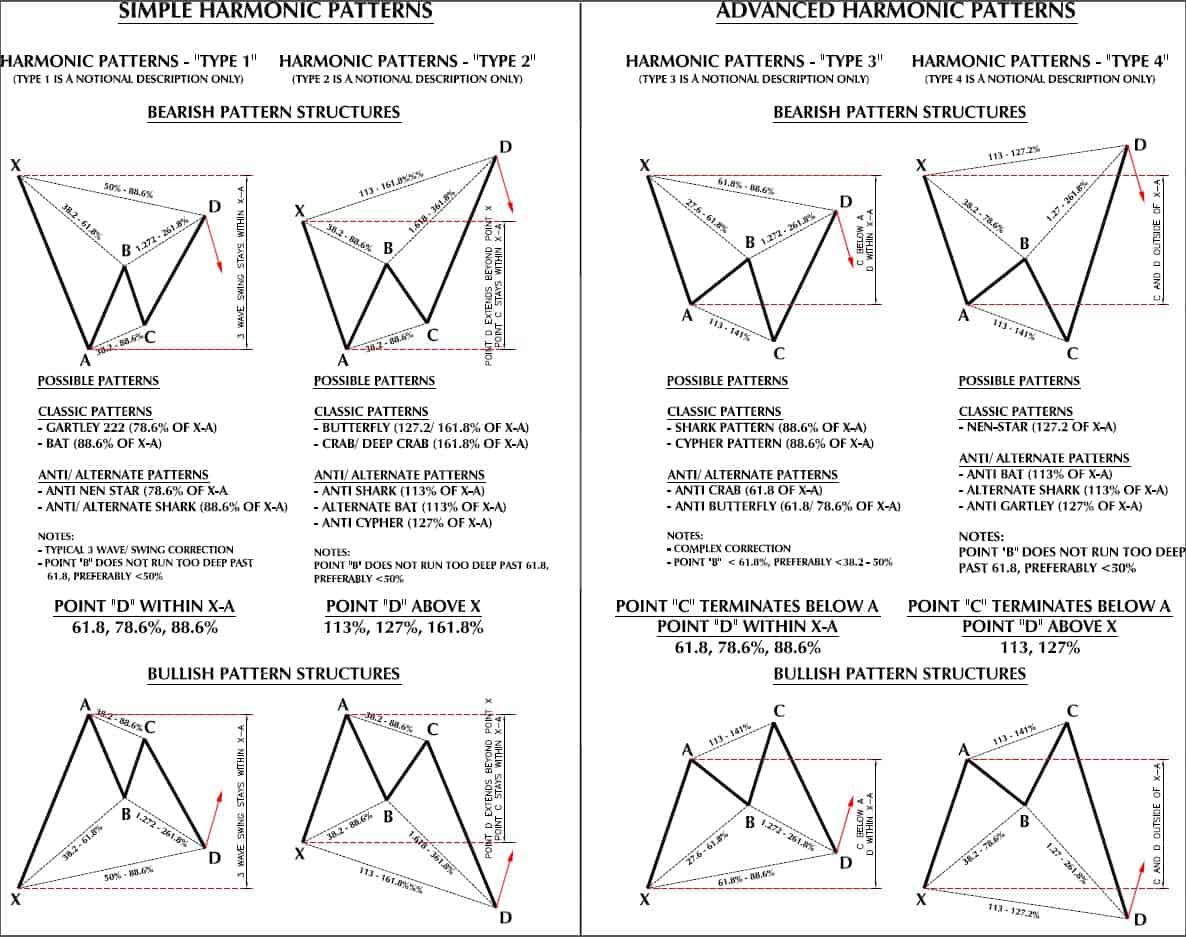 Fibonacci is certainly a valid mathematical concept.  But should it be applied to financial markets?  In a simple Google search for “Fibonacci trading software”, there are dozens of software providers all claiming the same thing…”it works like magic!”  The Fibonacci Trader Software claims that their software is the best.  Gecko Fibonacci Software claims that their software is even better NexGenT3 Fibonacci software indicators claim that profits will come with ease.  Except with NexGenT3, we later discovered that the developer has never made a nickel at trading with his magic Fibonacci trading software.

Just for fun, and additional research into Fibonacci, I decided to google search for “Fibonacci Gambling Software”.  Oh wow.  To my surprise, there are dozens of booksand software products on the market that apparently are guaranteed to beat Las Vegasusing this magical sequence of numbers.

Apparently, Fibonacci numbers can also be used to cure sickness and become a genius (at the same time), end world hunger, or lose weight and look more youthful. This is all starting to sound very much like the magical properties of snake oil.

Why we fall for this stuff

Have you ever been out for a walk and you randomly came across a snake?  Do you remember your natural reaction?  I don’t know about you, but when I randomly see a snake slithering across my path, it scares the heck out of me.  I have a natural reaction to the snake.  I fear it.  It looks ugly, and it could be dangerous.  But why do I feel this way?  The reason is because humans have developed a natural, early warning system that operates on a subconscious level.  Through hundreds of thousands of years of evolution and natural selection, we have developed these unconscious cues that warn of us of impending or possible danger.  Our subconscious mind simply reacts to the perception of danger, we have no choice.

Another example would be a fear of heights.  When you look over the side of a building, your subconscious mind automatically perceives this as a dangerous situation, and in a desperate and automatic reaction, it cautions us to stay away from the ledge.  We have no choice.  Our subconscious mind is always on the look out.

So what exactly is happening?  Our minds, both on the conscious and subconscious level are always on the look out for danger, and opportunity.  Our minds, through millions of years of evolution and natural selection have developed the awesome ability to detect patterns in our natural world.  This early warning, pattern detection trait has kept us alive from predators, and rewarded us with resources since the beginning of time. Truly, we are awesome creatures, but does our ability to recognize patterns and detect danger on a subconscious level help or hinder our ability to predict? In my opinion, it does both.  Lets take a look at the few examples…

In 1958, Klaus Conrad coined the term Apophenia.  Which simply means “the unmotivated seeing of connections” and a “specific experience of an abnormal meaningfulness”.   Apophenia implies a universal human tendency to seek patterns in random information, such as gambling.  In fact, casino’s would not be in existence without Apophenia.  A perfect example…look at the following display for a roulette table.  Notice the “Hot and Cold Numbers”, and notice the display stringing together the numbers 26, 27, 28, etc. 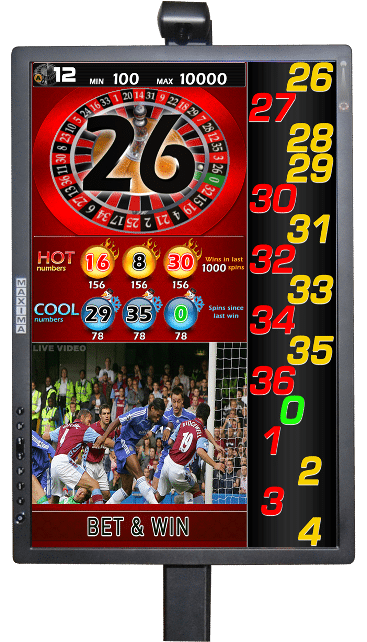 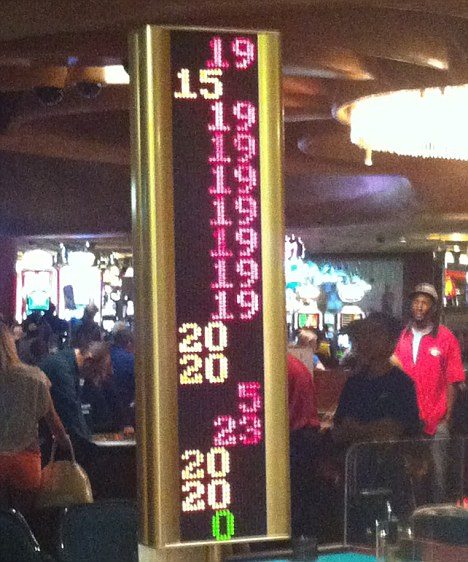 Looking at this example, everybody is seeing 19’s and 20’s. By looking at this, it would be easy to come to the conclusion that either a 19 or a 20 is going to appear yet again. But it is simply not true (Gamblers Fallacy). Every spin of the roulette wheel is just a random outcome. Over a series of thousands of roulette spins, these odd strings of numbers will simply be washed out by the law of averages.

Overfitting and the Gamblers Fallacy

What does FXGroundworks have to do with Apophenia?  FXGroundworks is a brute force, optimization engine.  It is a machine learning program.  The software looks at vast quantities of data and attempts to extract meaningful patterns from raw data.  It starts with tick data or 1 minute bar charts and it attempts to overlay a Fibonacci math sequence on top of the raw data.  There are literally billions of variations of financial data, tradable instruments and varying time sequences.  Once the software “spots” a statistical abnormality, it then spits out a trading signal. On the surface, this sounds great…but the truth is that the software is just curve fitting the data.

Another great example would be a trading strategy that uses a stochastic indicator. At times, the stochastic indicator is absolutely perfect at calling tops and bottoms. But it is all an illusion. Our human mind, with its flaws and tendencies to perceive patterns in random data leads us down the primrose path of a random outcome.  The hard and simple truth is that the commission’s paid to brokers will slowly grind down the account. Just like the roulette table, with the 0 and 00 will slowly grind down the gambler.

Numbers are like prisoners of war, beat on them long enough, and they will tell you whatever you want to hear.

Many TradingSchools.org readers are big believers in Fibonacci.  And that’s great. And I do not want to offend the hard held beliefs of the audience.  However, I hope to foster a bit more dialogue on this subject.  And hopefully, readers will simply do a bit of research into why our mind is continually perceiving these patterns. A great read on this subject can be found here:

It is easy to get drawn deep into the rabbits hole of whether Fibonacci patterns work on financial data. The argument will not be ending soon.  However, with regards to FxGroundworks trading 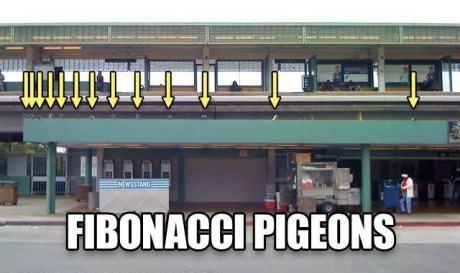 software, the ultimate litmus test is whether the developers and users are able to generate consistent profits using the software.  Unfortunately, I could not find a single person that is actually
making a profit. The natural target would be the developers and mentors at FxGroundworks.  If they can show a verifiable profit, then I would very enthusiastically sign up for the service, but they cannot.

Profits are the most important thing. If a software product can show real time, positive performance, then I would be all over this with 5 stars. But the lack of profits, or any proof whatsoever make this a hard pill to swallow. 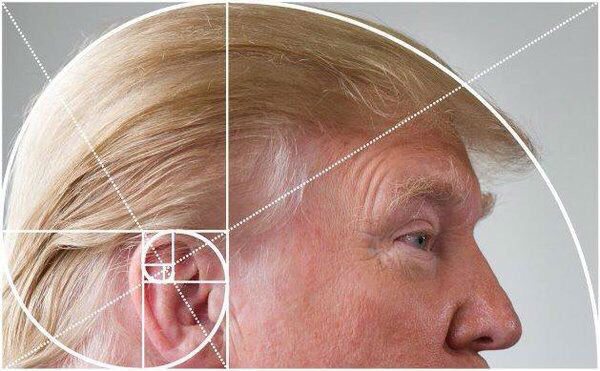 I never wanted to give FxGroundworks a poor review.  Lets hope that they keep working and innovating. Hopefully they will eventually solve this really complicated riddle.

Thanks for reading and don’t forget to leave your comments below.  And if you are a big believer in Fibonacci, that’s great!  Would love to know your opinion on the subject.