StockTwits is a swamp. Where imitation and fraudulent investment hustlers are hawking all manner of investment solutions. Contained within this swamp of fiscal predators are con artists throwing deceptive hedge funds, fake trading signal providers, trading teachers without a verifiable trading functionality, and all manner of nut cases boosting penny stock wealth.

All this is permitted and encouraged by StockTwits. In fact, their advertisements model promotes some of the worst of the worst which tradingschools.pro has written about.

Does StockTwits care that investors are being duped into all manner of shady investments encouraged on the StockTwits social media platform? Apparently not. Virtually every month, a media release from the FBI, CFTC, and also the SEC is reporting numerous vendors that were busted for a fraudulent promotion tied straight to StockTwits.

StockTwits is a shitshow of ridiculous investment nonsense. A digital monetary sewer of fraud, entirely corporate-sanctioned.

The growth story of StockTwits has been terrific. From 2008 through 2013, the monthly web traffic basically increased from 100k to 400k monthly web visitors. This might sound like a lot, but in comparison to social media platforms such as Facebook and Twitter, these traffic numbers were quite narrow. However, during 2014 it appears that the StockTwits website traffic really exploded and is now currently averaging over 5 million monthly web visitors. A screen shot from SemRush Web Analytics displays the robust growth.

How StockTwits generates so much web traffic

For example, utilizing Ahrefs.com web analytics applications, we took a peek at exactly what keywords are driving the most traffic to StockTwits. If you Google search the stock symbol”AMD” you will find that StockTwits ranks on page one of Google with this easy search term. Ranking for only those three letters (AMD) creates over 500,000 possible monthly traffic to the StockTwits.com website.

Now scale these easy, three and four letter search terms concerning stock trading symbols, and you can begin to imagine the cumulative effect. It is an extremely strong position and opens the door to enormous advertising opportunities for StockTwits.

A review of the StockTwits advertising program reveals that any person or company can have their “Twits” and/or banner advertisements strategically positioned above the noisy environment. For instance, suppose that you are a trading educator, trading signal provider, a trading software provider etc., and you want your ad to be placed at the ‘top of the Twit stream’ that guarantees that a minimum amount of eyeballs will see your stock twits or banner ads. StockTwits allows this for a fee. The typical advertising rate is $10 per thousand views.

StockTwits also (unofficially) allows users to create multiple user profiles. Suppose that you are selling a trading signal service that specializes in predicting the price direction for AMD stock. You sell a $99 per month service that claims to predict the price of AMD stock at an accuracy of 99.9% and has earned 25% monthly gains for the past 100 years. With never a losing day!

With such amazing performance claims, most people would never believe such hyped nonsense. However, since StockTwits (unofficially) allows a person to create hundreds or even thousands of fake Stock Twits profiles, then this allows a person to essentially swamp the web page that is displaying information relating to AMD stock.

Think about his a moment. Imagine that you are selling a trading signal service that proclaims massive profits trading AMD stock and StockTwits is allowing you to dominate the AMD StockTwits web page with advertisements? In addition, suppose that you also have registered hundreds of fake StockTwits social media accounts, and are using these accounts to continuously post how awesome the AMD stock trading signal service? The effect is a self-reinforcing, virtuous circle of perceived authenticity. Where a banner ad is strategically placed and then hundreds of fake StockTwits accounts are “Twitting” that the AMD stock trading service is earning everyone massive profits.

Suppose that you are a con-artist. And you just got of prison only a few months prior. You are looking for a new scam. And desperately want to rip off as many people as quickly as possible. After surveying the landscape, you are left with a few choice opportunities. You can either rob a bank, or you can be lazy and become a “Hedge Fund Manager.” You decide to become a “Hedge Fund Manager.” As crazy as this might sound, this is happening nearly every day at StockTwits. Let’s take a look at a few recent examples.

How to scam people using only StockTwits

Mohamud Abdi Ahmed recently got out of Federal Prison in late 2014. He always wanted to be a Hedge Fund Manager. The sound of ‘Hedge Fund Manager’ sounded so fancy, so distinct, a person of royalty. He was tired of being a common thief that robbed parishioners of his local mosque of $3 million dollarsthrough a check cashing scheme. It was time to finally become a ‘Hedge Fund Manager’. So “Abe” set up a website named 2waytrading.comand populates the website with a faked and fraudulent spreadsheet of “real trades”.

A review of the performance spreadsheet shows monthly profits ranging from $30k to $150k. With this truly amazing investment performance in hand, he then creates a StockTwits profile and then begins populating the page with hundreds of supposedly profitable trades. In addition, he then creates dozens of fake StockTwits accounts and begins streaming accolades to himself, from what appears to be random StockTwits users. A virtuous marketing circle that conveyed confidence, and was brimming with authenticity.

Next, he contacts StockTwits and informs StockTwits of his amazing trading abilities. The StockTwits advertising representative is only too happy to allow him to advertise his website to millions of Stock Twits users.

StockTwits gave Abe the royal treatment he always wanted. And felt that he so righteously deserved. As hundreds of thousands of people arrived on Abe’s StockTwits profile page, he would then push the StockTwits web traffic to his personal website at 2waytrading.com.

Once a person arrived at Abe’s website, they would then be tempted into signing up for a newsletter that blasted supposedly winning trades, day after day. As Abe built trust with his audience, he would then offer his “MSA” or “Managed Small Accounts” program where a client would pay a nonrefundable “commitment” fee of $2,500 to have their account auto traded by Abe.

Each client was required to have a minimum of $30,000 available in their brokerage account. Abe would request the username and passwords of each account holder’s brokerage account. He would then execute his truly amazing options trading strategies for the benefit of each account holder. Abe would also receive a management fee of 20% of all winning trades.

What happened to the trading accounts of clients that signed up for this program? Not so good. In fact, after gaining control of the investment accounts of each individual, Abe would then begin wildly trading each account as quickly as possible. He was incentivized by the 20% fee for all winning trades. And so he immediately overleveraged each account to the maximum, hoping that a few accounts would “hit the lotto” and he would garner a huge management fee. Of course, the markets are not casinos and they tend to drain the accounts of those that trade with wild abandon.

For the 32 clients that signed up, it was a bloodbath of losses and pain. Many lost their entire life savings. Finally, on May 4, 2017, the SEC stepped in with an emergency asset freeze and shut down 2waytrading.com. And since Abe was still on probation for his last fraud, his probation officer was notified and Abe was deposited into a holding tank. Abe will be heading back to Federal prison shortly. The complete SEC complaint can be found here.

Thank you StockTwits for promoting this asshole.

Tamer Moumen was tired of being a pizza delivery driver for Dominoes Pizza. He always wanted to be one of those fancy hedge fund managers. With their yachts, Champaign, and never ending shrimp cocktail. He was ready to be the person his wife and kids could be proud of. And so Tamer created a company named Crescent Ridge Capital Partners (CrescantRidgeFunds.com)and began populating the website with a never ending stream of winning day trades.

Finally, Tamer began offering his ‘Hedge Fund’ through paid advertisements on StockTwits.com. And StockTwits was only too happy to take his money and promote his ‘investment services’.

As you can imagine the trading abilities of a Dominoes Pizza deliveryman was not very good. In fact, Tamer never even traded! From 2012 through April 2017, with the help of aggressive StockTwits advertisements…Tamer Moumen was able to convince over 50 customers to invest $9,000,000.

As fast as Tamer received money from investors, he would spend it on luxury items including a $1 million dollar home in Virginia and a new Tesla. Finally, during the first few months of 2017, after clients could not withdraw funds…the FBI stepped in. Immediately, Tamer admitted that the entire “hedge fund” was a fraud. Tamer Moumen plead guilty on May 12, 2017, will be sentenced on July 28, 2017.

Thank you StockTwits for promoting this amazing investment opportunity.

The list of Stock Twits phonies, fakes and frauds that advertise or promote on the StockTwits platform is nearly inexhaustible. Shall I continue? 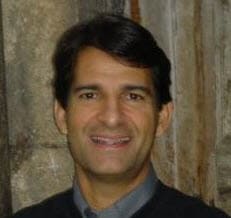 How about Nicholas Mitsakos, who plead guilty on May 25, 2017, for running a fake and fraudulent “long-short hedge fund” named Matrix Capital. As quickly as Mitsakos received funds ($2 million), they were promptly spent on personal items including car payments, rent, credit cards, and a never ending shrimp cocktail.

This butthole claimed to be managing $3 billion dollars in assets for various banks including Templeton Funds and Fortress Investments.

Included in his incredibly impressive and 100% fraudulent resume are a supposed MBA from Harvard Business School, a job as an investment banker at Goldman Sachs, a board member of UCLA’s Center for Cerebral Palsy, a founding member of Donald Trump University, and the single largest donor to the Hillary Clinton Presidential Library.

Ok, maybe not a founding member of Donald Trump University or the Hillary Clinton Presidential Library, but you get the point.

Since 2015, I have spoken with dozens of people that have been burned by supposed trading educators and money managers found on StockTwits. The common underlying thread is that nearly all parties found these services by looking for information on buying and selling stocks.

For instance, “Beverly” came into an inheritance after her father passed away. The $120k that she received was more money than she ever imagined. She thought that it made sense to invest in companies that she was familiar with. And so, she Google searched “Apple Stock.” On the first page of the Google search, she finds StockTwits. She then proceeded to StockTwits.

Once she arrived at Stock Twits, she began looking at the StockTwits page for Apple or AAPL. She immediately began to read the Twit Stream of supposed traders and vendors offering all manner of advice on how to trade Apple stock. One of these vendors was Jason Bond. As you can imagine, things didn’t turn out very well. Her $120k quickly turned into $90k. A lesson she had to learn the hard way.

Thanks for reading today’s article. If you have ever had any negative experiences with someone advertising on StockTwits, I would love to read your story. Please leave your comments below.