Incredibly, he’s been at the trading instructional game for the previous 17 years. With such a long history, you’d think that many complaints would be spread across the net like venereal warts at a Thai whorehouse. But, his reputation is very clean and reliable.

No track record of trading history exists. Nor is Mr. Boxer displaying a live trading account through the live trading sessions. He seems to be a graph reading witchdoctor attempting to divine the future with”chicken bone” technical evaluation and pseudo-analytical mumbo jumbo.

Dear Harry, I was expecting a lot more.

The service covers primarily stocks, and in its truest definition should be considered primarily a ‘chat’ trading service. There are no additional courses, mentorships, or upsells.

Its pretty amazing to consider that he has been around for 17 years. That is a very long time. For this sort of business.

Considering that Harry has been plying his trade since before Jesus walked the earth–you’d think that the internet would be chock-full of various complaints and gripes. I searched all related keywords searching for any kind of bad history. To my surprise, barely any exists. Everybody gets complaints. However, for Harry Boxer, nary a complaint exists.

Along with scraping the world wide web, searching for’dirt’, I also searched Finra.Org looking for any regulatory misdeeds and or some professional financial accreditation.

In accordance with Finra.Org, Harry Boxer was a registered stockbroker until the year 2000. At that time, it seems that he let his license lapse. My very best guess is that during this time, the stock market was undergoing radical change and stockbrokers were basically becoming an extinct profession. Electronic trading eliminated the high fee’s associated with executing inventory transactions, it appears that Harry Boxer obtained out for this particular reason.

After being a stockbroker, it appears that Harry threw up a rough looking website and started offering a $149 a month stock picking service.  I can imagine that he was probably wondering how he was going to earn a living after leaving the stock brokerage business. The late 2000’s were a tough time for anyone earning commissions from stock trades.

While Harry Boxer was running the stock trading service, he also started an employment agency primarily for those seeking jobs in accounting and finance. The name of this business is Century Group. According to Archive.Org, the business was started in the year 2000. 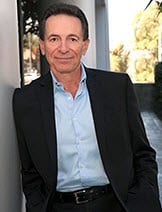 It appears that the Century Group has prospered and grown into four separate locations in southern California, with multiple employees and a solid reputation.

As you take a ‘forest view’ of the life and entrepreneurialism of Harry Boxer, you get the sense that the guy really hustles. You also get the sense that he is honest and trustworthy. I feel quite confident speculating that if Harry Boxer were to find a wallet on the ground–he would naturally and without hesitation, return it to its rightful owner.

Now that we have established a basic framework of the person running The Tech Trader, lets move onto the actual service itself. In short, is it any good? Is it worth our time and investment?

On December 5th, 2017, a tradingschools.pro reader requested a review of Harry Boxer and The Tech Trader on our new ‘Question and Answer’ website located at Trader.Help. We established this website so that users can make orderly review requests and also ask trading related questions.

On December 6th, we signed up for The Tech Trader’s two-week trial and proceeded to record the live trading room using Camtasia screen recording software. In total, we recorded an entire week of all of the activity within The Tech Trader trading room.

On average, Harry will suggest 10 separate day trades, per trading session. The trading suggestions are his interpretation of’chart reading’. There is not any statistical assignment to each of the suggested day trades. Instead, Harry will simply examine the screen and say things like,”Bull flag forming you may want to purchase” or”It sure appears weak, if it goes lower, you should consider selling.”

At no moment did he make concrete entry and exit points.

The trades were he did (sort of) verbally commit to entrance, he’d then offer just ideas of where to depart. In addition, the departure points were often expressed as”zones” where a person should think about exiting.

Even though we had collected a considerable amount of screen time, we were never able to capture the concrete and elusive “I bought here and sold here.” Additionally, we were never able to verify whether Harry Boxer was actually ever trading. Instead, what we witnessed was a display of charts with the dreaded simulated trading account on full display. Even with the simulated trading account on display, no trades were ever entered or exited on the trading simulator.

Inside of The Tech Trader trading room, with Harry Boxer

Harry Boxer has a sort of gruff and short communication style. Often, he would scold and or belittle attendees that asked questions like, “are you really trading?” Or, “do you keep a track record of these day trades?” Harry does not like these sorts of questions.

In my opinion, these are valid questions and deserve a response. But Harry was not interested in answering, at least at that time.

In addition to day trades, Harry also offers a swing trading advisory and something he calls the “weekend watchlist.”

The swing trading service does give an entry price, stop price, and multiple target prices. The screenshot below is a recent archive…

Although there is certainly more transparency for the swing trades, it falls short of the ‘full transparency’ threshold. Notice there is no outcome for each trade? The closest we come to a declaration of results is the ‘Max Price*$’ column for each trades.

Somehow we are supposed to guess whether each trade is profitable or a loser. Its a process of deduction, is laborious and annoying. Why not just post “We entered here, and we exited here, and we profited/lost this amount.”

In my opinion, it is disingenuous at best and outright fraudulent at worst. A lot of strange things can be stuffed into this sausage casing.

Regardless of my opinion, all could be answered by speaking with the wizard himself. By pulling back the curtain and discovering whether any of this was real, or do any verifiable trading results actually exist.

Next, we picked up the phone and called Harry Boxer. We were not able to get Harry on the phone, but we were able to speak directly with his ‘trading concierge’/salesperson.

The call was pleasant enough. There was no hard sell, outrageous promises, or shady behavior that we too often witness.

Instead, we were able to quickly and easily discover through our conversation that Harry was not actually trading, does not have a verifiable track record of actual trades, nor were we able to verify the existence of even a live trading account.

However, we were pleasantly advised that The Tech Trader live trading room is “an educational experience” and “that we had the opportunity to interact with a Wall Street legend.”

Truth be told, I appreciated the direct answers and candor. The Tech Trader trading room is simply a chat room. A place where people can decide for themselves whether the information is of value, or not.

The Tech Trader is not a live trading room where a person can simply ‘copy and paste’ the trades of the supposed “Wall Street Legend.” Instead, the live trading room has more the feel of financial entertainment. Sort of like a paid version of Jim Cramer of Mad Money. And in my opinion, I am not so sure that Harry Boxer is any more accurate or inaccurate than Jim Cramer.

This is the problem with posting an accurate and verifiable track record. The truth rises to the surface. And the truth of Harry Boxer, in my opinion, is that he probably is not a successful day trader. In fact, I am 99% sure he has no idea what he is doing. But he talks a great game, and to the financially naive he probably sounds authoritative and knowledgeable.

He is honest. But a good trader? There is up for debate.

Thanks for reading. And don’t forget to leave a comment below. If you have ever had any experience with Harry Boxer and his services, would love to read your opinion below. And thanks to the reader that took the time to request the review at our newest ‘Q and A’ website located at Trader.Help.